Temple of everyday life (part of the installation 'My paradise')

Purchased with support from the BankGiro Lottery

Permanently back at the museum

This temple hewn in stone by the Amsterdam sculptor Pjotr Müller was previously part of his major installation My Paradise, twelve temple-shaped structures in different architectural styles. This work, which had since been dismantled, was first shown at the Kröller-Müller in 1986. In 2014, the Temple, as the only remaining component, returned to the museum permanently.

Temple of everyday life is the second work by Müller in the sculpture garden. It stands in the immediate vicinity of the previously acquired Nuraghe from 1983. The smooth, austerely executed Nuraghe forms a wonderful contrast with the Temple, which represents the more baroque side of Müller’s work. Both pieces attest to Müller’s research into buildings and sculptures from different times and cultures, which were made in a religious, rather than an artistic context. 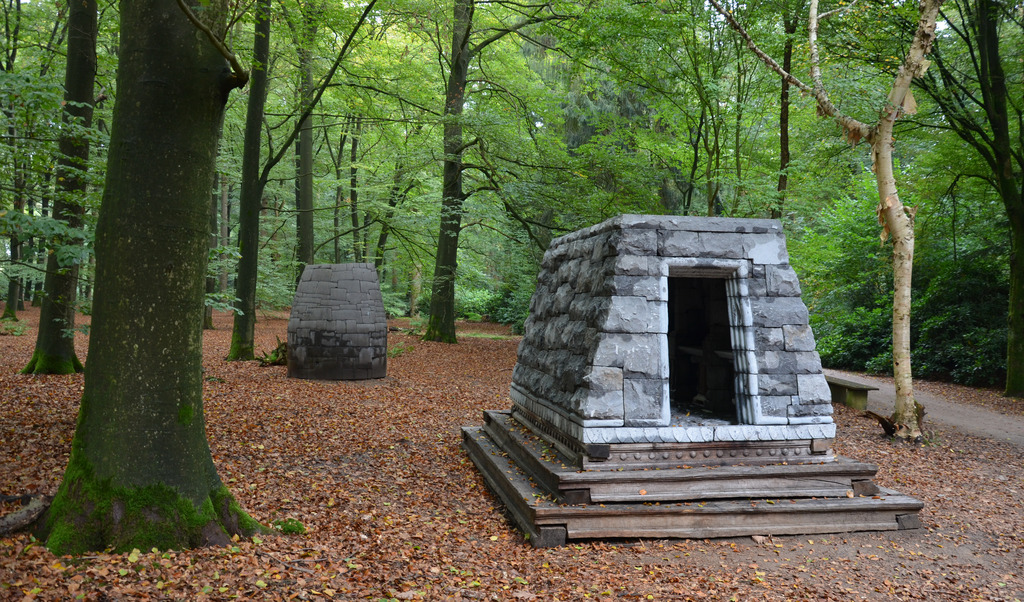 Müller also uses religious elements in his work, because, as he said in an interview in the NRC, ‘I want more from life than the daily struggle for existence, the daily lack of profoundness. And how better to demonstrate that there is something more than to suggest it in your work?’