Claude Monet (1840 – 1926) was the leading figure of impressionism. The artists of this movement attempt to capture the fleetingness of the moment in their paintings and are preoccupied with the effects of light, colour and movement.

In the spring and summer of 2018, the painting Portrait of miss Guurtje van de Stadt underwent conservation treatment. The conservation was made possible by an anonymous Backer of the Helene Kröller-Müller Fund.

Left to right: The painting before and after conservation 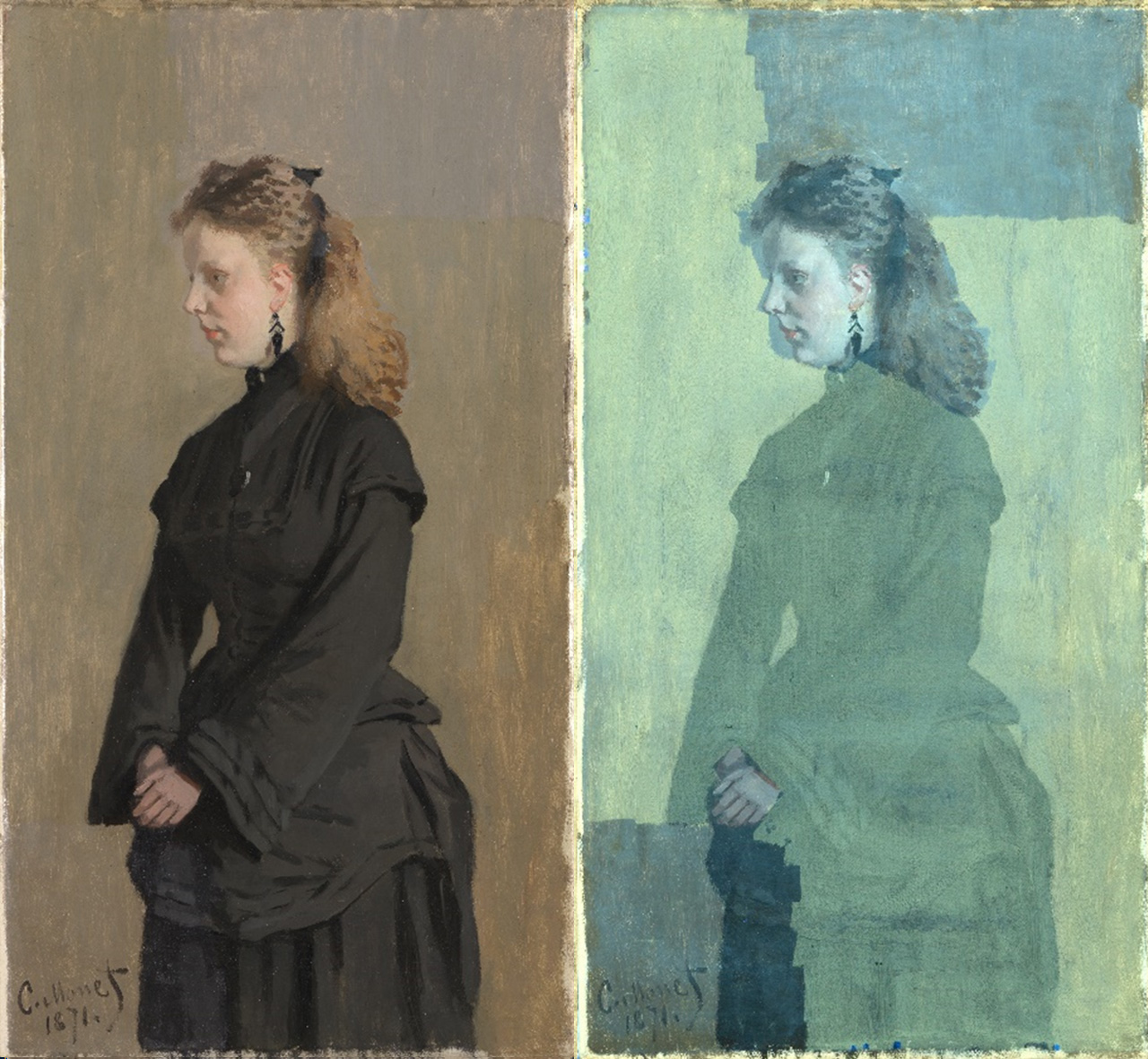 The conservation work consisted mainly of the removal of the extremely yellowed and glossy varnish, which obscured the original cooler colours of the painting. The difference is particularly noticeable in the background of the painting. This background is composed of 2 layers. The first layer is a somewhat transparent and openly painted undercoat in a warmer tint, whereby the primer shows through. The second layer has a higher opacity and is painted more densely, in a more greyish tint. The contrast between the two layers is clearer after the varnish removal. The subtle colour nuances in the dark clothing have also become more visible after removing the yellowed varnish. 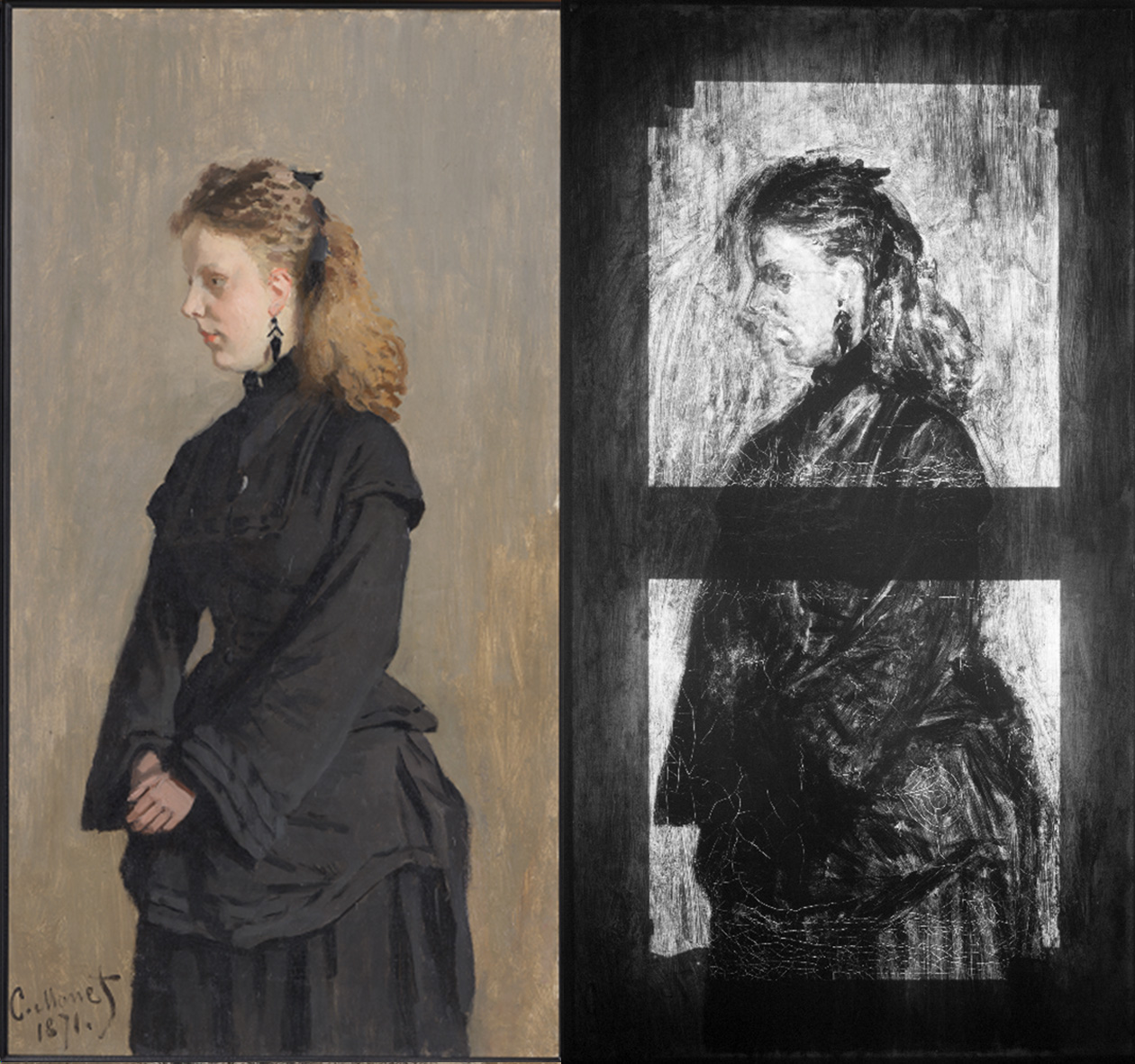 Technical photographs
Technical photographs of the painting were made for the conservation work. Minor alterations to the composition can be seen in the transmitted infrared light image. The face is positioned slightly further right by Monet in the final painting. The figure now appears slimmer because the right arm is detached from the body and the contour of the buttocks has been reworked.

Exchange with the Zaans Museum
The painting will be on display from 12 September 2018 to 3 February 2019 at the Zaans Museum, which is celebrating its twentieth anniversary. Guurtje van de Stadt is the guest of honour at this birthday party.

Monet’s painting The Voorzaan and the Westerhem is coming to Otterlo in September 2018. This painting is showing at the Kröller-Müller Museum on the occasion of a major retrospective that the museum is organizing together with the Rembrandt Society from 30 September 2018 to 3 February 2019.