-BLOG- In the context of the exhibition Marinus Boezem. All Shows, this time director Lisette Pelsers writes about the origins of Land art.

It began in New York in the 1960s. The time of social discontent, protests against the Vietnam War and the establishment. Unrest was also fermenting in the art world. Artists such as Walter De Maria, Michael Heizer, Robert Smithson and Nancy Holt were tired of the gallery scene, in which art was seen purely as a commodity and ridiculous sums were paid for ‘marketable’ art such as pop art and abstract expressionism. 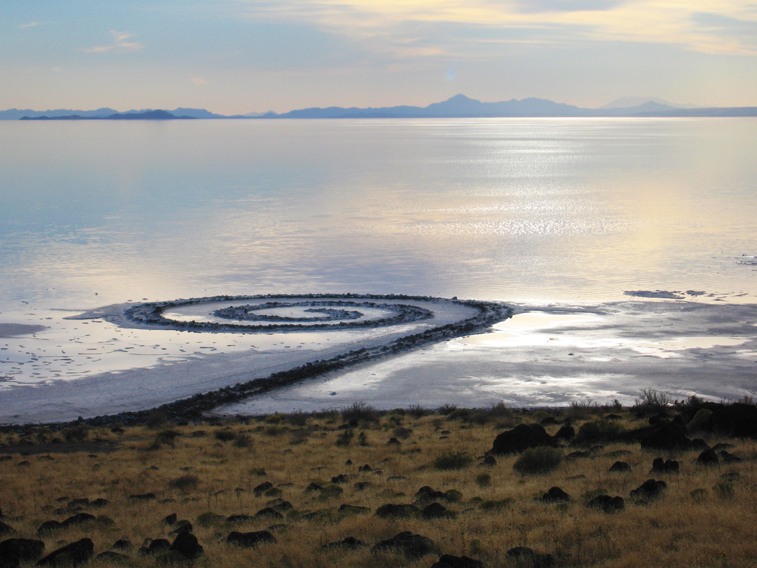 In their opinion, museum art was also at the end of its tether. The museums were bulging, the floors sagging, according to Heizer. Moreover, once placed in a museum, a work of art lost its meaning and became an object that was detached from the outside world. The work of art was imprisoned, as it were, by the museum. Art had to be liberated, real space had to be sought and so artists moved from the metropolis to the ‘wild west’, as the pioneers had done a century earlier. There, far from civilization, in the deserts and salt lakes of New Mexico, Nevada and Utah, they made works that are sometimes so enormous that you have to hire a helicopter to survey them. Works of art created as part of the landscape and that are about grand gestures and ambitions. Art made with bulldozers, excavators and other heavy equipment. 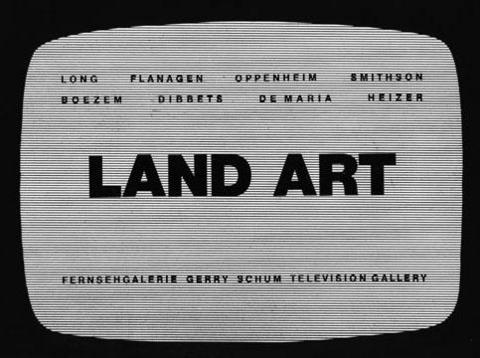 Television channel as a gallery

The German cameraman, filmmaker and video producer Gerry Schum referred to this kind of art as Land art. He also found the existing museum and gallery system too limited. In 1967 he began his Fernsehgalerie, a gallery in the form of a television channel. Television was intended to become a new and democratic platform for artists, a way to show contemporary art to a wide audience. The first episode was broadcast on 15 April 1969 under the title Land Art. De Maria. Smithson and Heizer were featured, as were the Dutch artists Marinus Boezem and Jan Dibbets. The broadcast consisted of registrations of interventions in the landscape by artists in various places around the world. For the duration of the broadcast, the viewer had an original work of art in their home. When it was over, the artwork no longer existed. 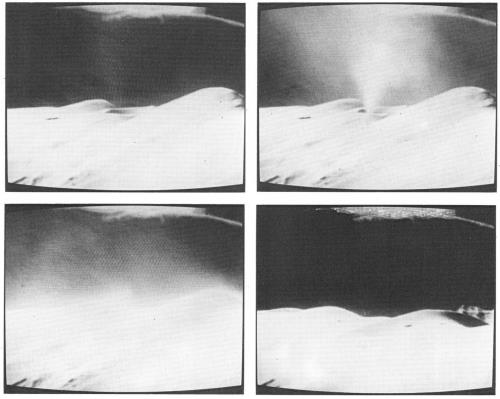 A fountain of sand and air

Marinus Boezem’s Sand Fountain was realized in the Camargue. The viewer saw a sandy landscape with a dune in the foreground. From a small crater in this dune, an intensifying fountain of sand spewed into the air, while a voice-over recited the descriptions of the increasing wind speeds on the Beaufort scale, from 0 to 12, from calm to hurricane. At the end of the film, the crater was motionless again and the shape of the landscape had altered slightly due to Boezem’s intervention. Both the wind and the sand fountain were produced off-screen by wind machines. The film shows Boezem’s fascination with the changes to which a landscape is subject, due to the ever-changing weather conditions. Since the early 1960s, he had been creating installations and performances in which weather and air were used as visual elements. 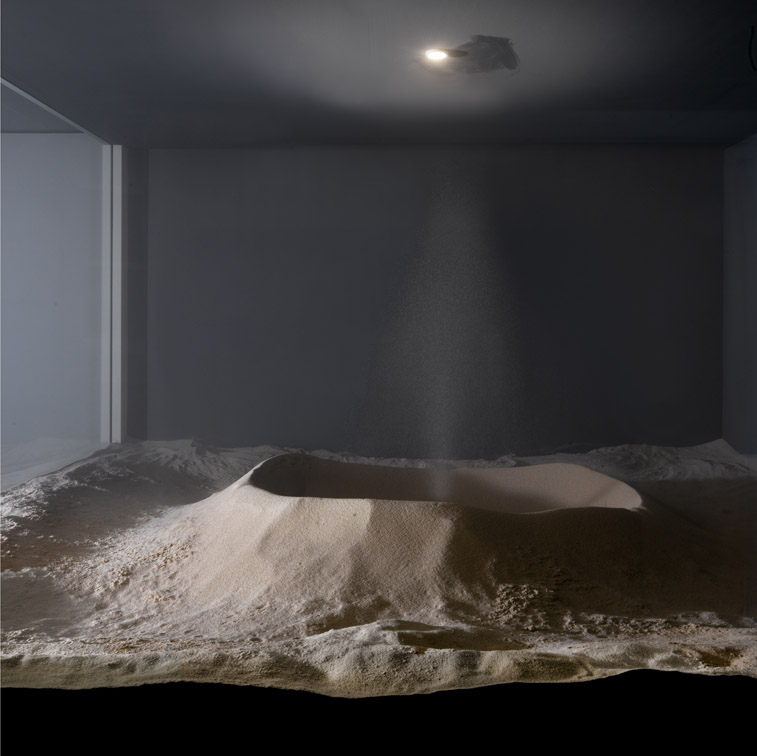 For the first time since the Camargue, Sand fountain has been re-created for the exhibition Marinus Boezem. All Shows. The screen is now replaced by a large viewing box. Inside, a miniature sandy landscape undergoes constant change under the influence of something as simple and commonplace as air.

The exhibition Marinus Boezem. All Shows is on display in the museum until 14 November 2021. More information 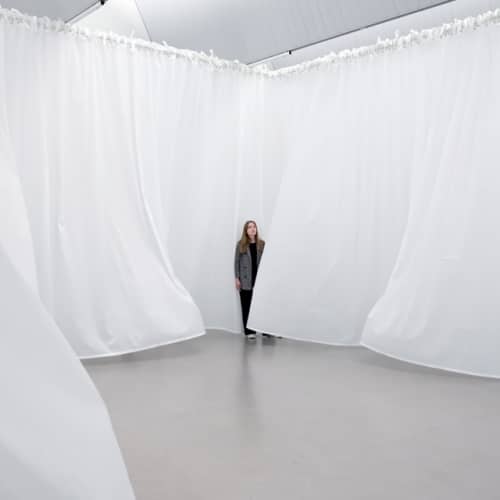 Read more about the exhibition, on display until 14 November, 2021.