21 Apr 2018 - 18 Nov 2018
Since the nineteen sixties, Sjoerd Buisman (1948, Gorinchem) has been examining natural growth processes, which he visualizes in various ways in his work. Initially more as a passive observer, later actively intervening, he uses nature as both a source of inspiration and as material. 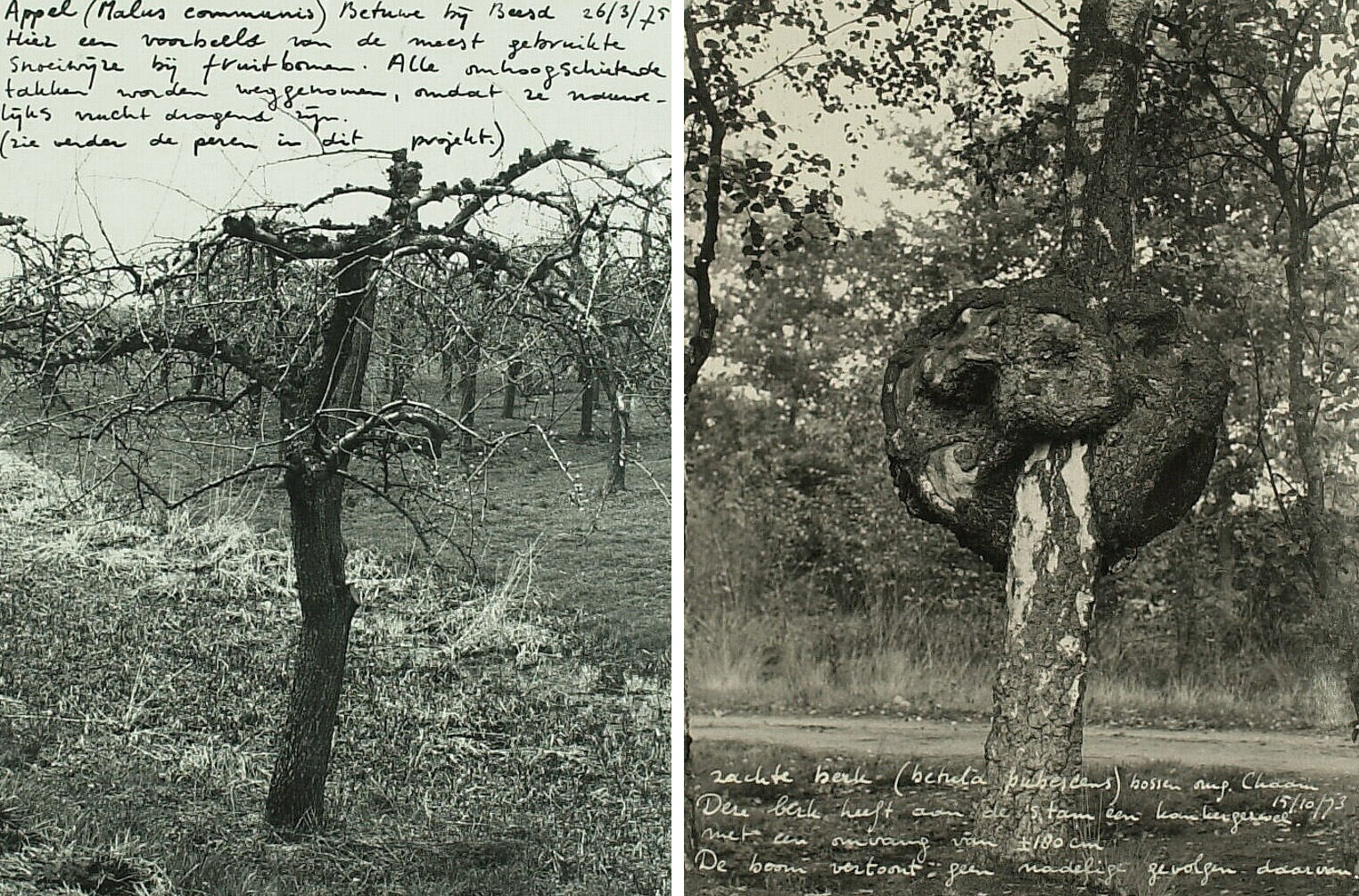 Buisman observes, documents and analyses nature with sculptures, photography, drawings and collages. In his Bomenproject Nederland (1973-1975) he photographs trees that have undergone changes outside the normal pattern of growth, under human or natural influence. He limits his research by establishing a number of rules in advance. He does not explicitly search for deformities; these have to ‘catch his eye’ during his walks and bicycle rides. The result is a collection of 240 photographs with notes written directly on the photos. 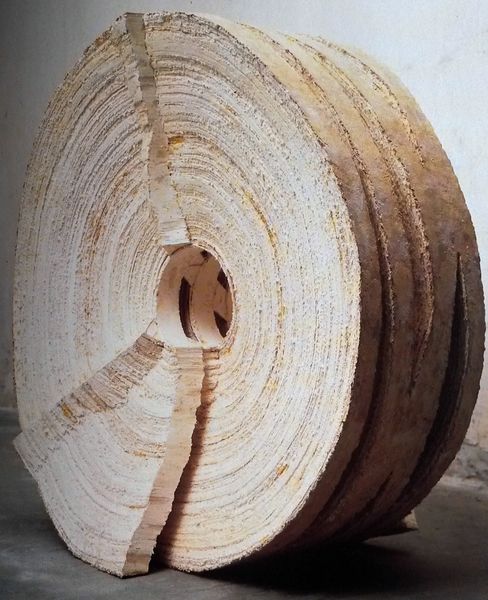 Many of Buisman’s works are based on the phyllotaxis, the spiral arrangement of leaves or stems in a plant. Phyllotaxis (1987) in the sculpture garden of the Kröller-Müller is an enlarged growth spiral of a celery plant, cast in concrete. For Sjoerd Buisman, the growth spiral represents order and regularity in the apparent chaos and randomness of nature. He elaborates the form in schematic drawings and in series of sculptures in various materials, such as wood, bitumen, polyester, cellulose and bronze.

In addition to this use of forms derived from nature, Buisman also manipulates nature in a literal sense. For example, he grafts cacti together and constricts pumpkins with a belt. Furthermore, in large-scale ‘growing sculptures’ he compels trees and plants to grow into shapes that he determines himself. After Buisman’s intervention, nature begins a growth or recovery process, whereby the work develops before the observer’s eyes. 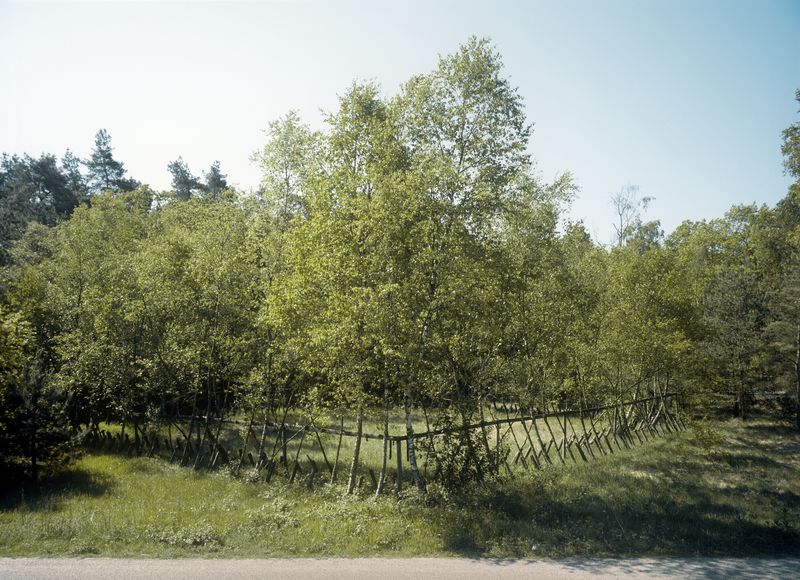 On the occasion of the 50th anniversary of De Hoge Veluwe National Park in 1985, Buisman created the Dennenwal (Pine wall) and Berkenpalissade (Birch palisade) on commission from the Kröller-Müller Museum. Both growing sculptures have since become so ‘overgrown’ that they are no longer recognizable.