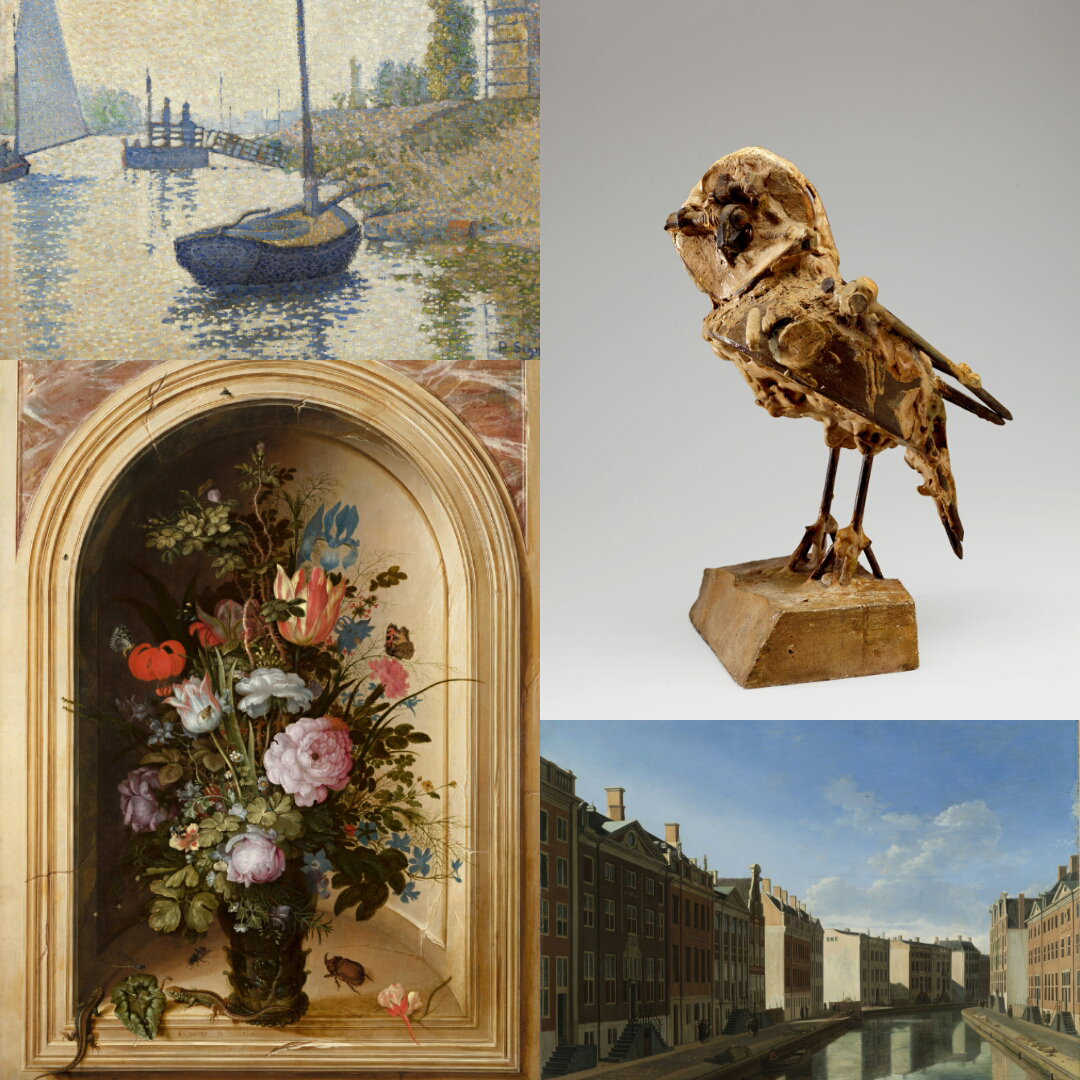 The exhibition Top Ten on Tour: Masterpieces acquired for the Netherlands thanks to the BankGiro Lottery shows artworks from masters such as Rembrandt, Appel, Steen, Monet, and Picasso from the collections of the Kröller-Müller Museum, the Van Gogh Museum, the Rijksmuseum, and the Mauritshuis. All the works have been acquired with the support of participants in the BankGiro Loterij, other private parties, funds, companies, and public funds.

The 10 works will visit 6 different museums in the Netherlands where they will be displayed for 3 weeks. The museums that will temporarily house these masterpieces are the Mauritshuis, Fries Museum, TwentseWelle in the Rijksmuseum Twenthe in Enschede, the Van Abbemuseum, Kröller-Müller Museum, and the Bonnefantenmuseum. The exhibition includes seventeenth-century paintings such as the iconic Adolf and Catharina Croeser, which is more commonly known as The Burgomaster of Delft and his Daughter by Jan Steen from the Rijksmuseum collection. Also on tour are Jacob van Ruisdael's View of Bentheim Castle and Rembrandt's Portrait of an Elderly Man, which were acquired from the Mauritshuis collection. The exhibition also includes later works such as Monet's characteristic Windmills near Zaandam from the Van Gogh Museum, Picasso's sculpture Petite chouette from the Kröller-Müller Museum, and The Square Man by Karel Appel from the Rijksmuseum collection.

Paul Signac The “Ponton de la Félicité“ at Asnières (Opus no. 143), 1886, Oil on canvas, 54.5 x 67.5 x 11 cm (including frame) Van Gogh Museum, Amsterdam Acquired with the support of the BankGiro Loterij, The Rembrandt Association, with additional support from their trusts the Claude Monet Fonds, Het Liesbeth van Dorp Fonds, and Themafonds 19de-eeuwse Schilderkunst (fund for nineteenth-century painting), the Mondriaan Fund, and the members of the Yellow House, 2016

Gerrit Adriaensz. Berckheyde View of the Golden Bend in the Herengracht, 1671-1672, Oil on panel, 42.5 x 57.9 cm, Rijksmuseum, Amsterdam Purchased upon the recommendation of The Rembrandt Association - with the support of the Stichting Nationaal Fonds Kunstbezit, thanks to a gift of the Royal Dutch Shell, and the BankGiro Loterij, 2008

Roelant Savery Vase of Flowers in a Stone Niche, 1615, Oil on panel, 63.5 x 45.1 Mauritshuis, The Hague Acquired with the support of the BankGiro Loterij, The Rembrandt Association (thanks to her Themafonds 17de-eeuwse Schilderkunst [fund for seventeenth-century painting]), and a private individual, 2016