Which artworks in the Kröller-Müllercollection are among Lisette Pelsers' favourites? Watch the videoseries Lisette's list and discover a special work of art in each episode.

The videoseries Lisette's list consists of 10 episodes. Do you prefer watching the series on YouTube? The complete series with English subtitles is also available on the Kröller-Müller YouTube channel.

In this episode: a masterpiece by Piet Mondriaan.

In the 9th episode: a small, white block of wood with an immense significance.

In the 8th episode: a sculpture by Roni Horn which is composed of two glass objects: Opposites of White. The reflection of nature as well as its tendency to be in a constant state of flux, are key themes in this work. Are you curious to see how the artist has captured these themes in her glass sculpture?

In this episode we discuss a work of art by a famous multidisciplinary artist: Oskar Schlemmer. His work Abstract Figure depicts the human figure in its most elementary form and movements.

In episode 6 of Lisette’s list, Lisette discusses an impressive work of art by Fernand Léger in which man is depicted as a machine, La partie de cartes (Soldiers playing cards).

Lisette's List #5: Venus with Amor as a Honey Thief by Lucas Cranach the Elder

In episode 5 of Lisette’s list, Lisette discusses an old masterpiece featuring a wise life lesson: Venus with Amor as a Honey Thief by Lucas Cranach the Elder. What is the story behind this work of art depicting Amor and his mother Venus?

Le commencement du monde (The beginning of the world), by Constantin Brancusi, is a special modern abstract sculpture created by an artist who is often viewed as the father of modern art sculptures.

In this episode we join Lisette Pelsers to view a special futuristic artwork created by one of the trailblazers of futurism: Giacomo Balla’s Paravento con Linea di Velocità (1916-1917).

Pastorale is a modern abstract sculpture of a reclining figure lying in peace and surrounded by nature. This Barbara Hepworth artwork depicts the wholly relaxed feeling of a person lying down, surrounded by the sea and the hills – the waves and valleys.

In the first episode of Lisette’s List, we look at the painting Le Chahut (1889-1891) by Georges Seurat with Lisette Pelsers, director of the Kröller-Müller Museum. 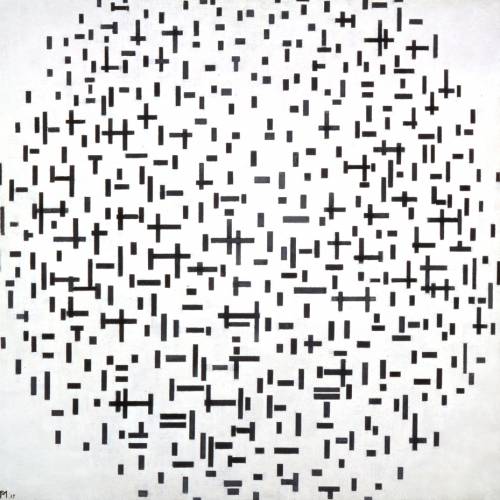 Discover artworks and their background stories.