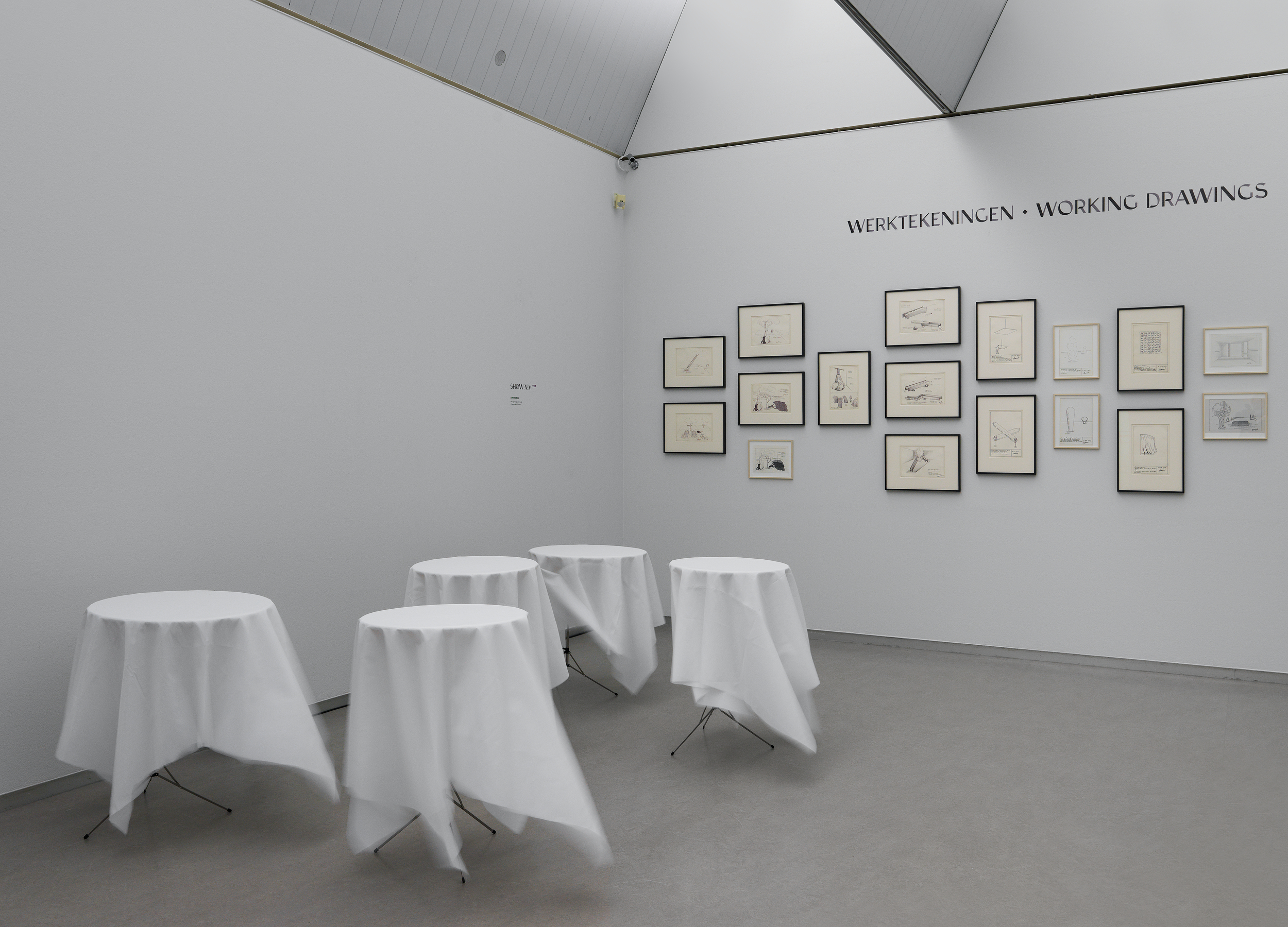 Exhibition
The exhibition Marinus Boezem. All Shows is on display until 14 November at the Kröller-Müller Museum. The Shows (1964-1969) constitute a coherent series of fifteen drawings intended as proposals for installations that can be realized to order in museums or other art institutions. Marinus Boezem (1934) made stencils of the drawings in editions of 50 to 100 copies and provided them with typed instructions. About half of the Shows have previously been fully or partially realized. Now, for the first time, the entire series is realized simultaneously at the Kröller-Müller Museum.

The realization of the Shows has caused the museum staff the necessary headaches. In consultation with Boezem, they developed the fifteen sketches into ingenious installations: a sand fountain, a foam room, inflatable objects. One of the Shows consists of a gymnast who performs a giant swing in front of the door to the museum.

The film also shows Marinus Boezem as a ‘cathedral builder’. With spectacular images of his Green Cathedral in Flevoland, the cathedral on the Oosterschelde barrier on the former working island Neeltje Jans and the bronze cathedral that Queen Beatrix presented to the Crown Estate Het Loo on the occasion of her sixtieth birthday.

The film is made by director Paul Kramer and cameraman Martijn Tervoort and produced by the Kröller-Müller Museum. It is showing in the museum during the exhibition, on the website and on YouTube.