10 Feb 2015
Six leading museums have handed over the reins and, together with members of the public, have compiled six very different exhibitions on the online platform Mix Match Museum 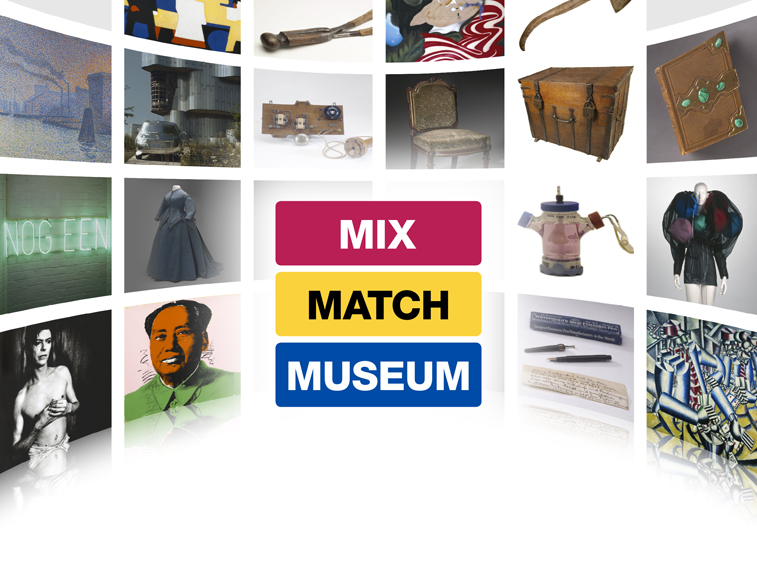 At the Kröller-Müller Museum, you can discover the fresh perspective of seven selected guest curators! Original, personal narratives are given on well-known and lesser-known artworks from the collections of six museums. Take a look with them at The world from above, featuring works by Panamerenko, The fine legacy of Duchamp, and the angles and contrariness of works by Kurt Schwitters and Piet Mondrian. The exhibition will run from 18 April until 30 August 2015.

During Museum Week (18-24 April 2015), special exhibitions will be open in all participating museums: Amsterdam Museum, the Groninger Museum, the Kröller-Müller Museum, Museum Boerhaave in Leiden, Museum TwentseWelle in Enschede, and the Van Abbemuseum in Eindhoven.

Mix Match Museum has been made possible with support from the DOEN Foundation.