The Seurats of Helene Kröller-Müller

8 May 2014
-BLOG- In April 1912 Helene Kröller-Müller travels to Paris to meet her husband Anton, who is there on business. It proves to be a momentous visit. In just a few days, under the guidance of her advisor H.P. Bremmer, Helene acquires not only fifteen works by Van Gogh and a harbour view by Paul Signac, but also her first Seurat: a view of the pier in the coastal town of Honfleur in Northern France. 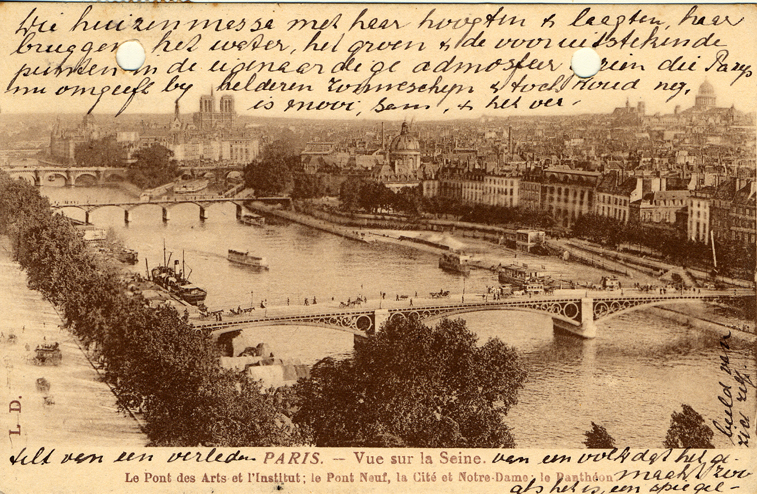 The painting hangs in the home of Paul Signac, an old friend of the prematurely demised Seurat. Helene describes her visit to Signac sympathetically, but also with a certain distance: ‘He lives with his wife, a woman with elegant snow-white hair, worn in a style that only the French can do, on the fifth floor of a building, i.e. in attic rooms under a sloping roof with all sorts of corners and crevices and quirks’. From the moment of this first acquisition, Seurat becomes a new favourite and three of his seascapes and harbour views of Honfleur, Port-en-Bessin and Gravelines are added to the collection in the years that follow. It is no great surprise that Helene falls for the tranquil, restrained beauty of Seurat’s seascapes. She writes that he created pointillism ‘to attain a spiritualization of art: applying the colour to the canvas dot by dot, to thus contemplate things more peacefully and deeply’.

When she finally takes the plunge by also acquiring the flamboyant Le Chahut, with its frivolous cancan dancers, it is primarily due to Henry van de Velde, who accompanies her to the auction where the painting is up for sale in February 1922. In the company of Van de Velde, Paris is a different city. With almost childlike enthusiasm, she writes: ‘Paris spins around me, lifts me up and carries me along. The Prof is an animated and animating guide.’ ‘We go to studios, and small boutiques, visit modern art dealers in Montmartre and Montparnasse, and while en route – usually in an open-top motorcar – we admire the remarkable atmosphere of Paris’.

Because Helene briefly abandoned her usual reserve and allowed herself to be swept along by circumstances, the Kröller-Müller Museum now boasts one of the world’s finest and most ‘complete’ Seurat collections, in which both major themes in his oeuvre: the views of the North-French coast and the scenes of Parisian nightlife, are represented. And that is an excellent basis for an exhibition devoted to this ‘master of pointillism’.