30 Jun 2020
BLOG – It is already almost a month since the museum reopened. In her blog, director Lisette Pelsers talks about the special reopening day, the first experiences with the new measures and the new collection presentation. 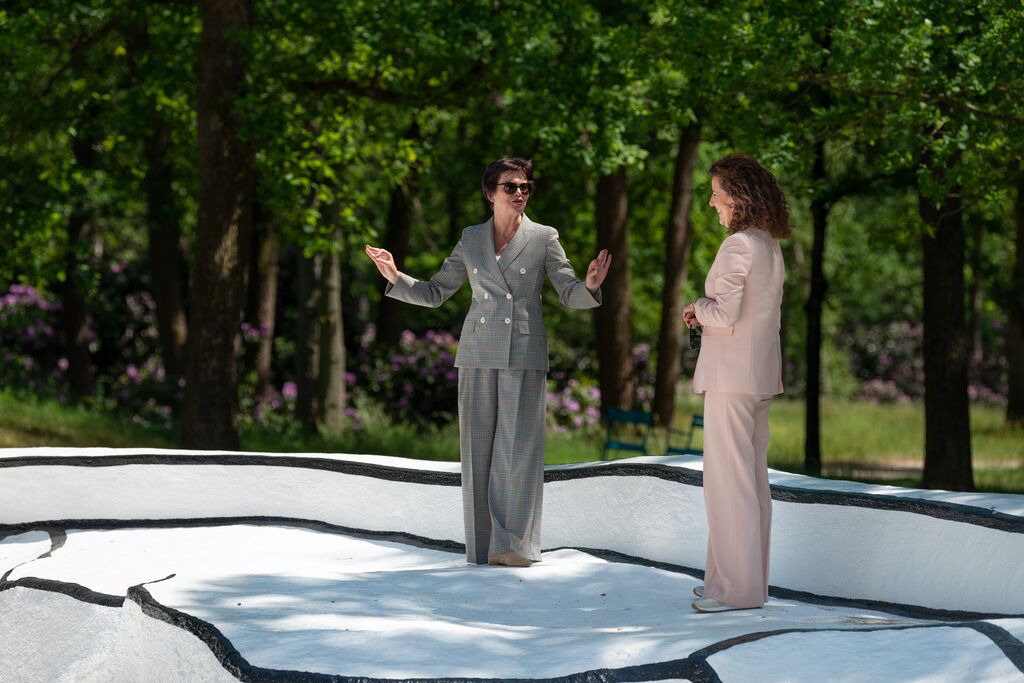 Open for almost a month already! On 1 June, the first day of reopening, we were visited by the Minister of Education, Culture and Science, Ingrid van Engelshoven. She wanted to see with her own eyes how we have implemented the Coronavirus measures and hear from us how the museum survived this period. The first visitors walked through the rooms and families lay in the grass in the sculpture garden again. It almost seemed back to normal. Almost. Because the reopening is bound by strict protocols, with a trio of rules concerning the maximum number of visitors per room, the separation of visitor flows, one-way traffic and hygiene measures. To avoid having too many people in the museum at the same time, it is only possible to visit with a pre-purchased ticket with a start time. The 1.5 metre society is still the norm for now. And that means that the Kröller-Müller can currently receive only a fraction of the usual number of visitors.

The layout of the rooms also had to be considered before the reopening. The rooms in the old building, the so-called Van de Velde wing, are small; only three, or maximum four people are allowed per room. To give visitors more space, the number of paintings and other objects has been reduced. That means that a lot of ‘darlings’ have had to move. 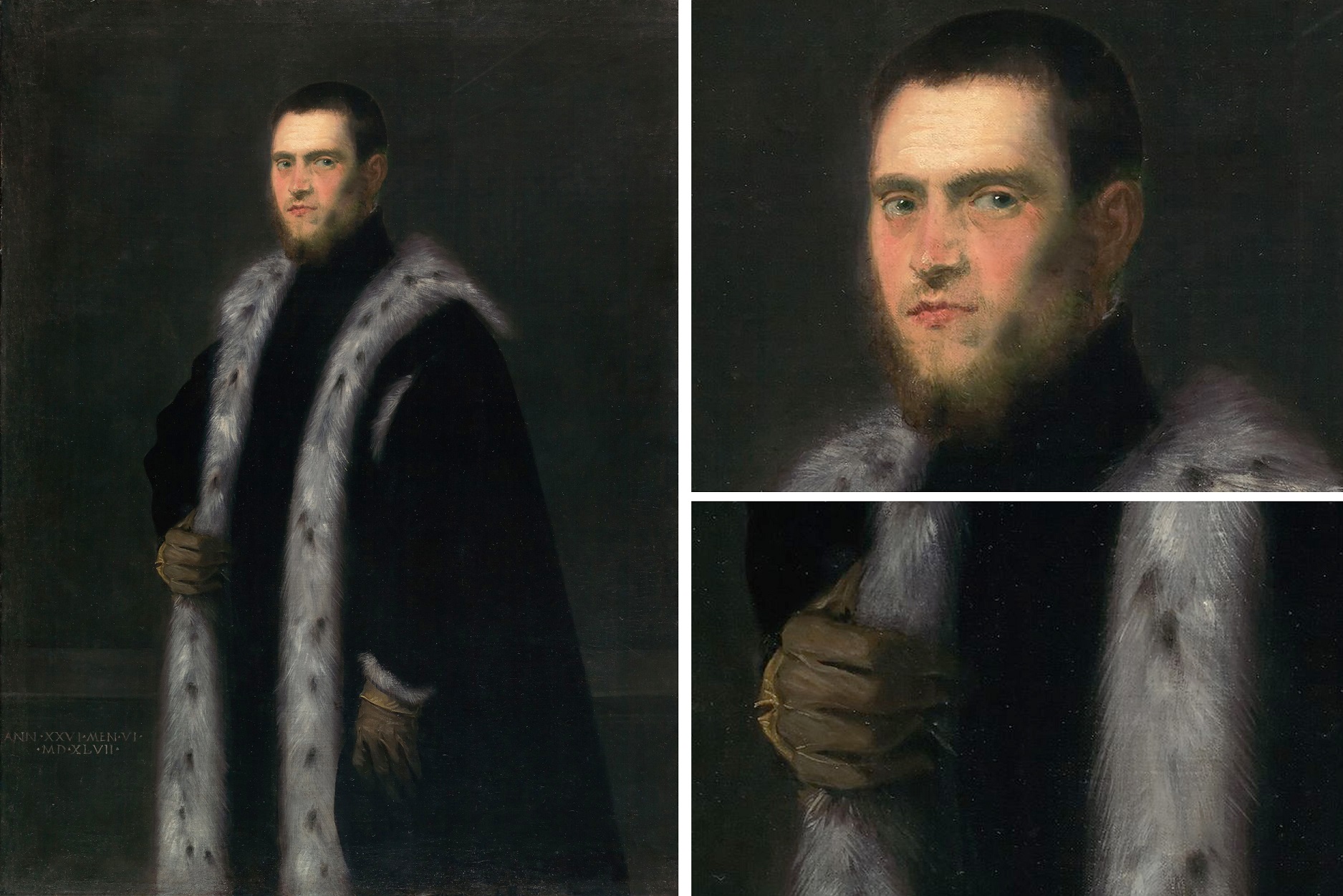 But now in particular, there are also surprises for the visitor. For example, the 1547-work Portrait of a man by Venetian painter Jacopo Robusti Tintoretto (1518-1594) is on display again after a long hiatus. The painting was acquired by Helene Kröller-Müller in 1921. It is an anomaly in the collection, albeit a very beautiful one, and is seldom put on display because it doesn’t ‘fit’ anywhere. But now that everything is far from normal, there is also space for this loner. From the start of his career, Tintoretto painted portraits, an established way to gain entry into the circles of wealthy patrons in Venice. To appeal to their taste, he painted his models in the same way as his tutor Titian: full- or three-quarters length, as in this portrait. Unfortunately, we don’t know the identity of the man depicted. He wears a robe of expensive black fabric and stands in front of a dark background. As a result, all the attention is drawn to the faintly gleaming fur trims, the yellow gloves and particularly to the lively face. Despite the stately character of the portrait, the sitter is a man of flesh and blood, who looks proudly at the viewer. 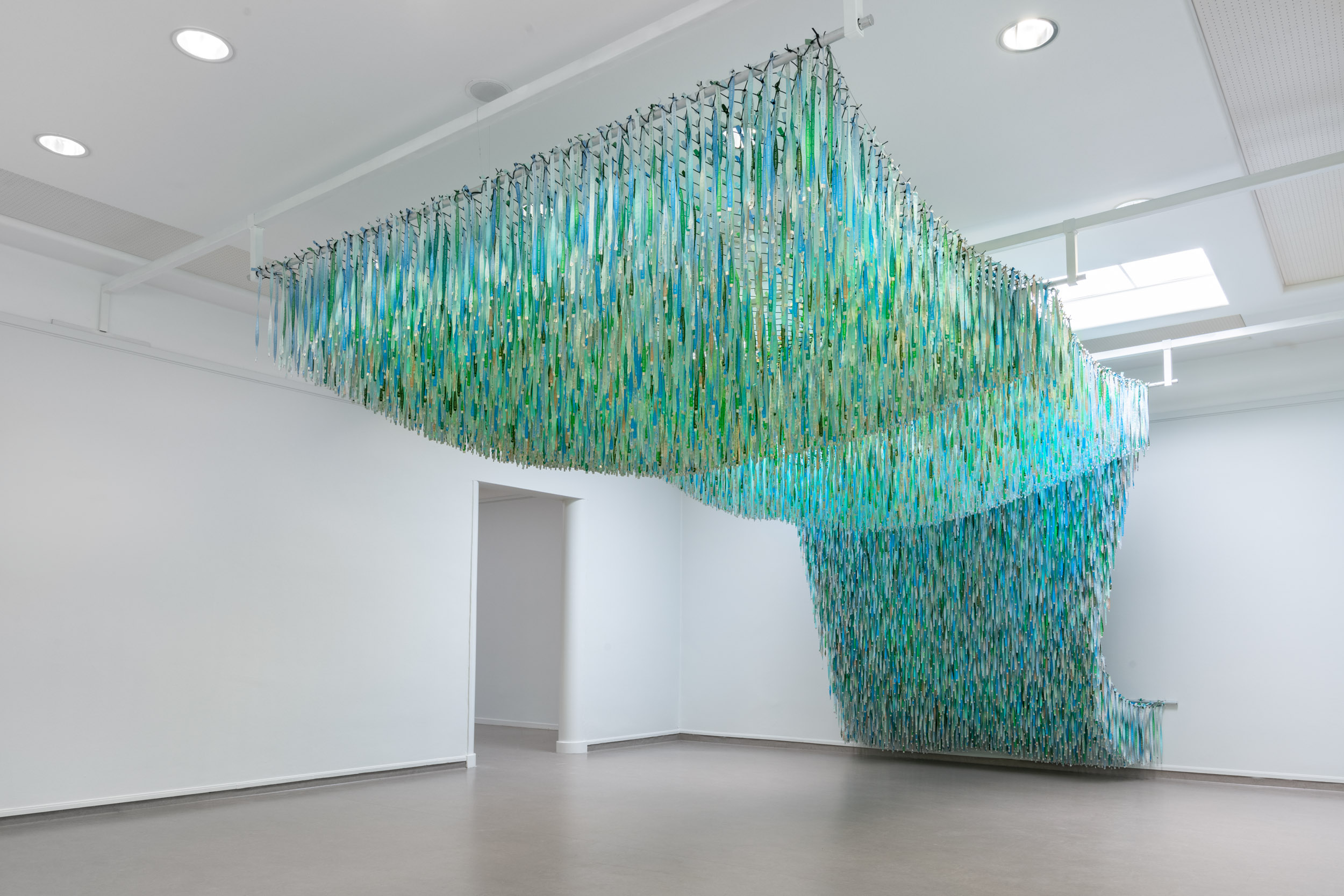 Some rooms in the Van de Velde wing are so small and the entrances so narrow that no visitors can enter and still observe the 1.5 metre rule. Here we have placed sculptures and installations that can also be viewed ‘from the outside’. Where masters of the 16th century hung before the closure, at the start of the old wing, there now hangs The Wish-ribbon net from 2008 by Brazilian artist Ana Maria Tavares (1958). A ‘rainfall’ of hundreds of ceiling-mounted Brazilian wish-ribbons in delicate shades of blue. According to tradition, you tie such a wish-ribbon around your wrist with three knots, while making three wishes. By the time the ribbon has perished, your wishes have hopefully come true. 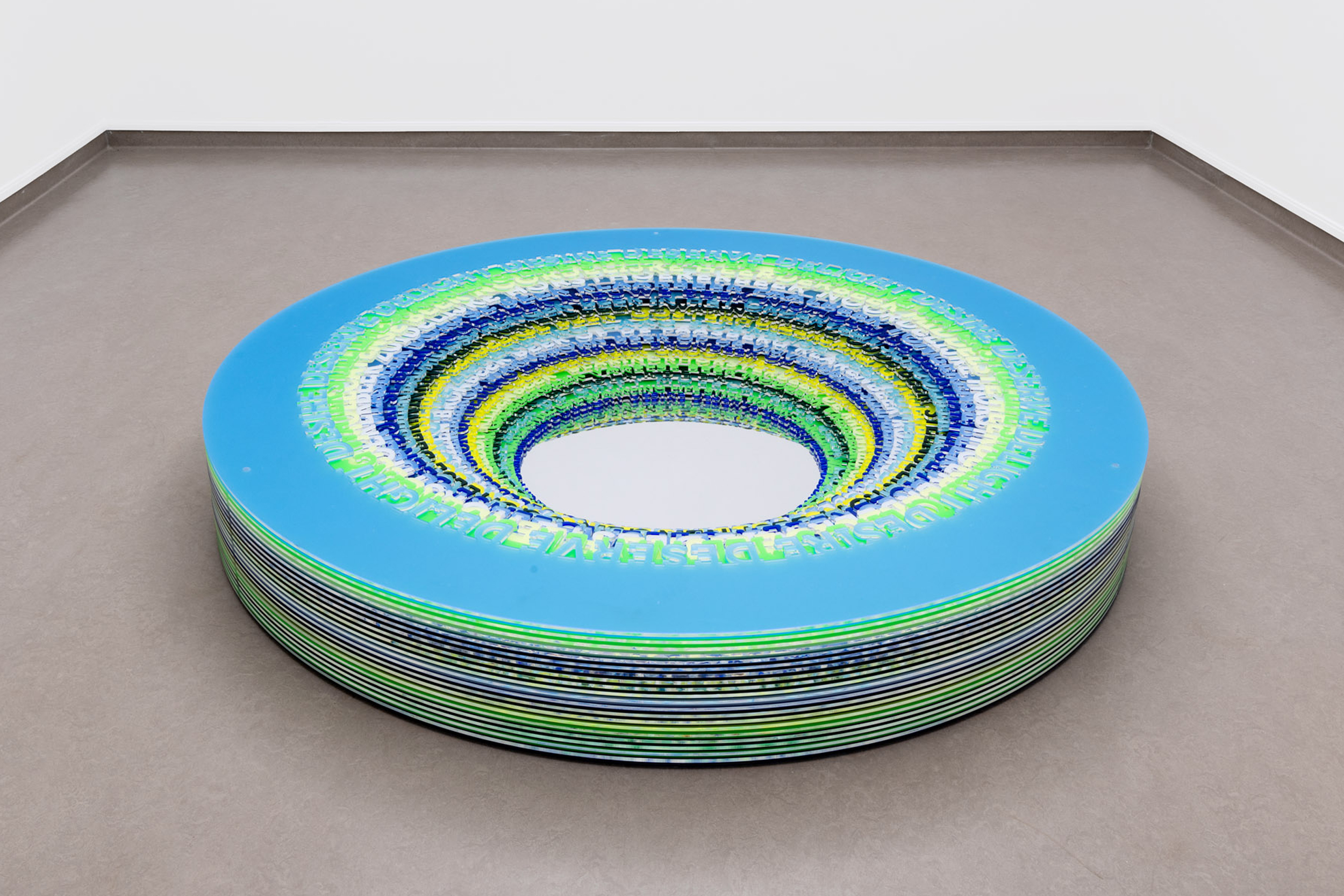 Tavares has a fascination for water. In 2008 she mapped out all the springs and brooks on the Veluwe, cut out their names in 61 sheets of Perspex and stacked them into a sculpture with a mirror at its centre, as a source.

Crystal Waters is at the opposite end of the wing. On your way from the one Tavares to the other, you will encounter many familiar works: Israels, Fantin-Latour, Monet, Pissarro, Seurat, Redon, Picasso, Mondriaan and Van der Leck. They all hang there, but in a slightly different setting.

And of course Van Gogh. For him it is now far less busy than usual, due to the lower visitor numbers. With all the obligatory walking routes, one-way traffic and other obstacles that inevitably accompany the new museum visit, this period still has its advantages, as is apparent from this visitor’s reaction: ‘it was an amazing experience to be the only visitors wandering through the rooms with Van Goghs at the end of the afternoon!’

Read how to prepare for a safe and carefree visit.