From 14 Oct 2017 - 7 May 2018: In the international theme year Mondriaan to Dutch Design, on the occasion of the 100th anniversary of the founding of De Stijl (The Style), the museum presents The patron and the 'house painter'. Helene Kröller-Müller and Bart van der Leck.

With masterpieces by Piet Mondriaan, Theo van Doesburg, Bart van der Leck and Gerrit Rietveld, among others, the Kröller-Müller is one of the treasure troves of De Stijl. The foundation for this was laid by Helene Kröller-Müller, the founder of the museum. She even had an agreement with Van der Leck that gave her the right of first refusal on his work for several years. This led to an impressive collection of Van der Lecks: 42 paintings and about 400 drawings. 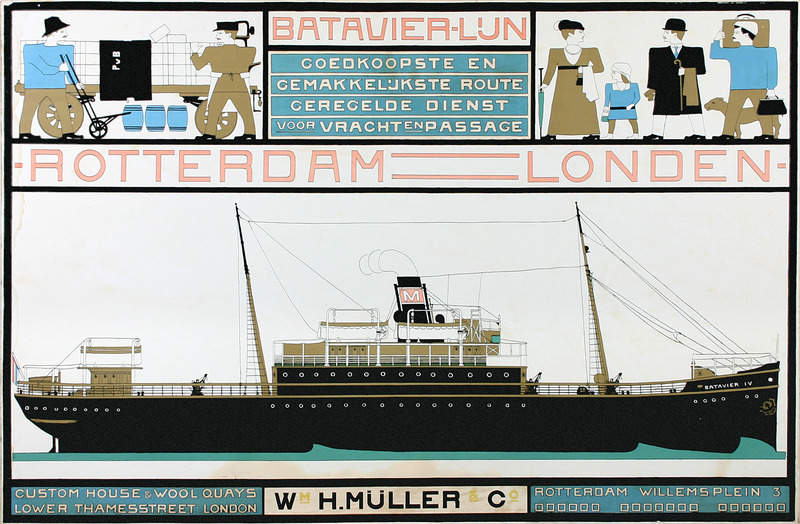 Between 1912 and 1918, on the recommendation of her advisor Hendrik Bremmer, Helene Kröller-Müller provided Van der Leck an annual allowance and thus became his patron. Van der Leck was even employed by the firm Wm H. Müller & Co in 1914 under, at that time, the directorate of Anton Kröller. In addition to a large stained glass window for the company’s headquarters in The Hague, he made posters for the Batavier Line, mosaics for the office in London and colour designs for the interiors of the residences, including the St Hubertus Hunting Lodge. 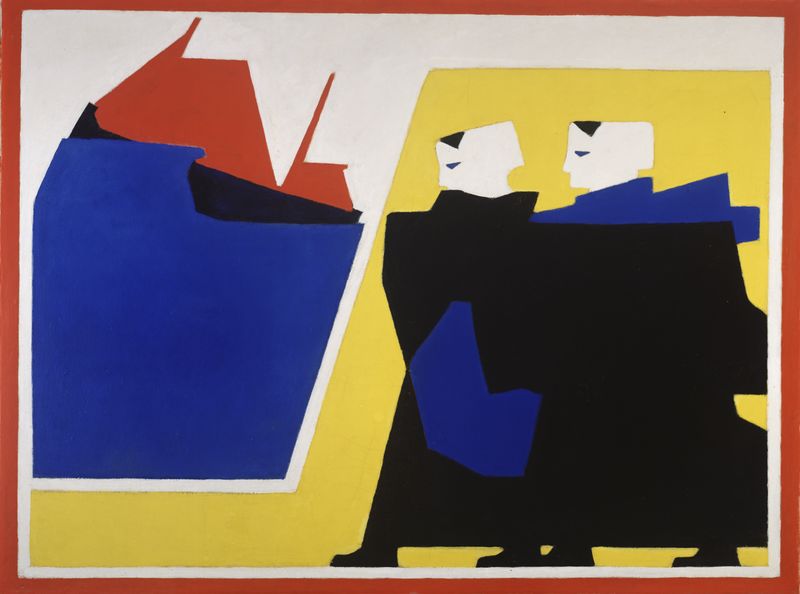 In her Beschouwingen in 1925, Helene calls him a ‘more versatile, more powerful artist than Mondriaan’, but in 1916 she struggled with the radical abstraction in his work, which is apparent from their correspondence. In that year, he had heated discussions with Piet Mondriaan and Theo van Doesburg, simplified the form in his paintings and radically reduced the colour in his work to just the primary colours. 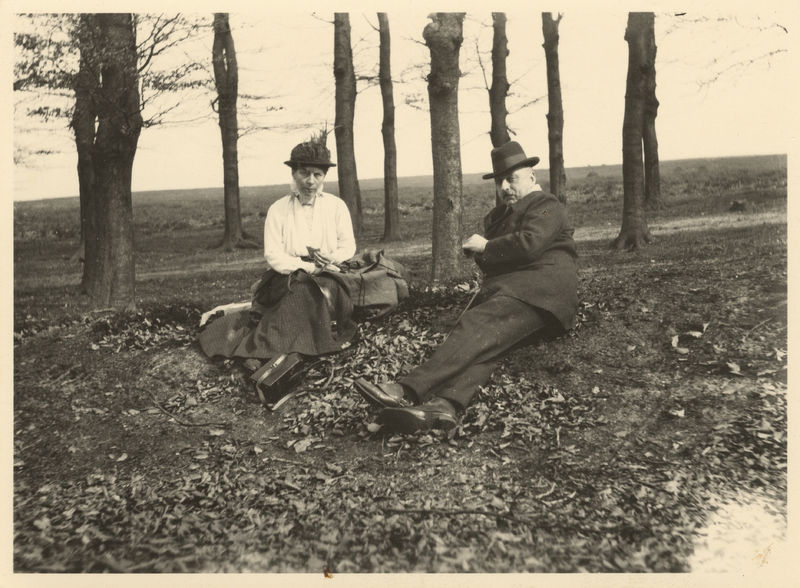 The exhibition shows how Bart van der Leck’s oeuvre evolved, sometimes driven by the arduous but also exciting relationship between the patron and her protégé, sometimes by the artistic interaction and discussion with his De Stijl colleagues.

Watch this mini docu made about the exhibition by MuseumTV:

‘Without Helene Kröller-Müller as his patron, De Stijl icon Bart van der Leck could never have developed as an independent artist.’ ‘The patron and the “house painter” is a fascinating exhibition that offers us a unique glimpse in the kitchen of modern art in the Netherlands. The perfect conclusion to the De Stijl year.’

You can find more information on the theme year Mondriaan to Dutch Design on the website of the NBTC. 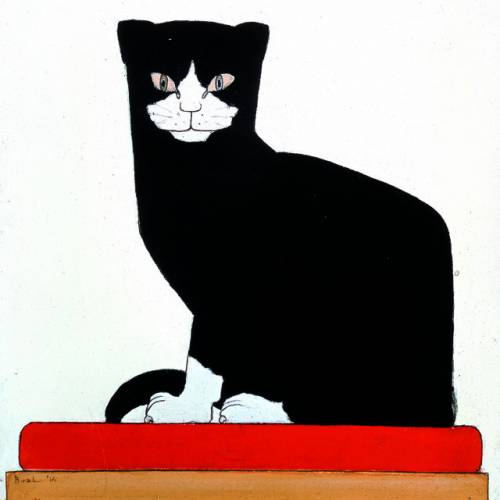 In our collection search engine, you will find a variety of works by Bart van der Leck. Have a look! 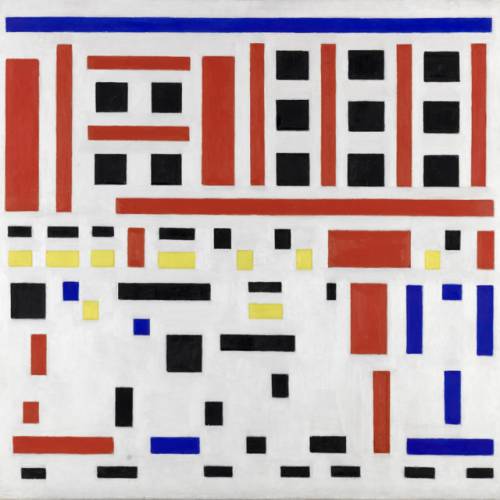