Claes Oldenburg is known primarily for his colossal sculptures in public spaces: giant enlargements of banal, functional objects, such as a baseball bat, a pair of scissors, a squeezed tube of toothpaste, a clothes peg, or this Trowel from 1971. The over eleven-metre high trowel stuck in the ground stands like a huge signpost on a crossroads near the museum.

With these works, Oldenburg reacts to the American consumer society. Not so much from a critical standpoint, but rather from a fascination for ordinary, run-of-the-mill objects and functional products. ‘I want to reflect the things as they are now, and always without sentiment. See the facts and learn their beauty’.

Oldenburg belongs to pop art, a movement from the 1950s and 60s that focuses on popular culture. The themes of pop art are derived from comic strips, advertising, TV, newspapers and magazines. Famous examples of pop art are the cans of Campbell’s Tomato Soup and boxes of Brillo soap pads by Andy Warhol.

Trowel was given a new coat of paint in late 2016. Sunlight, rain and frost had faded the blue paint over the years. Careful investigation was carried out to determine the correct paint colour. As of 23 January 2017, Trowel stands again as a landmark on the way to the museum. You can read more about this research in the blog of apprentice conservator Eline de Graaf. 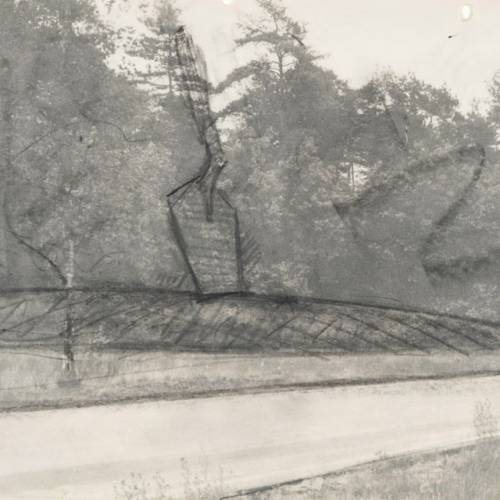 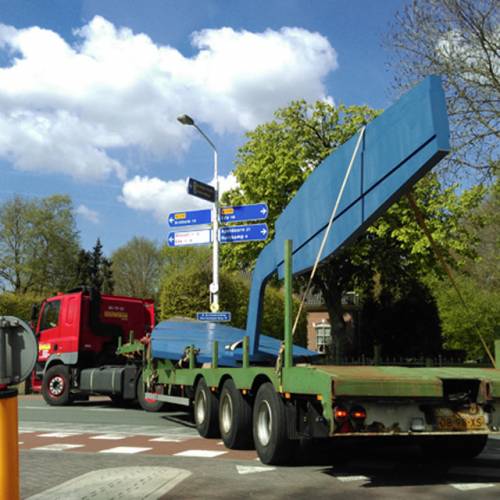 Read the blog about research and conservation of Trowel.