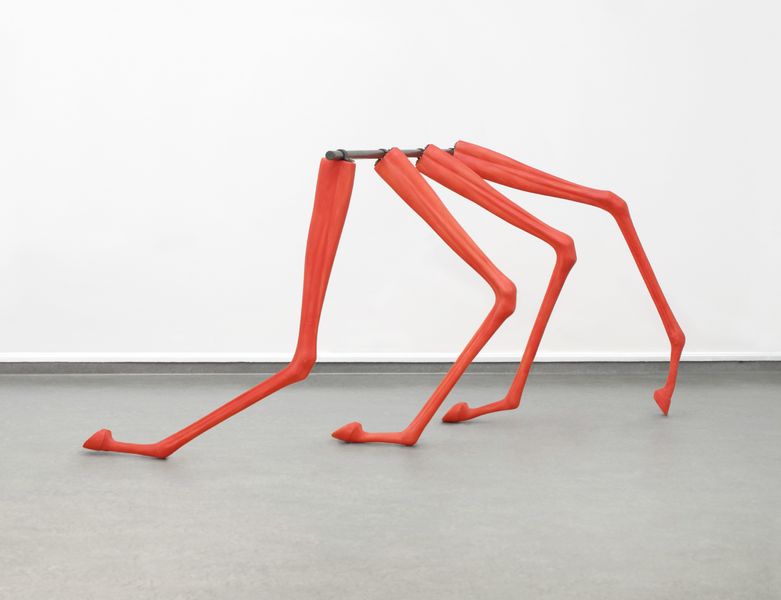 From rural life to life as an artist

Jos Kruit (Alkmaar 1945) was born and raised in the tip of Noord-Holland and only later gives up her rural life for life as an artist. She completes her study at the Rietveld Academy in 1983.
Her background is evident in many of her works. She makes her earliest, extremely fragile sculptures from pig bladders and wire and later creates works with cow feet and horse legs made of resin, sometimes covered with real animal hide. Her best-known works include a construction of four bright red, elongated horse legs made of resin and connected with a steel tube. The four legs, balancing on the unnaturally long hooves, only just maintain a their equilibrium.

In another related work, two horse legs made of polyurethane foam and covered with light brown hide appear to be restraining two tensioned bright purple arch forms.
The horse legs express both power and elegance. Through the use of real animal hide in combination with plastics, the contrast between nature and culture is expressed.

The forms of the sculptures also appear in the colourful  in polyurethane paint. Like the sculptures, these works do not form closed volumes or surfaces. The paintings consist of multiple transparent layers, which allows the play of light. 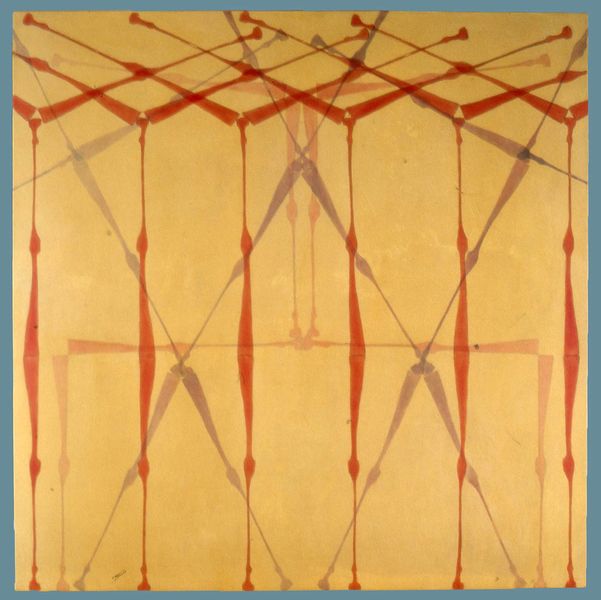 From the beginning of her career as an artist, Jos Kruit is attached to the prestigious gallery Art & Project (1968-2001). In 2013, Adriaan van Ravesteijn (1938-2015), former gallerist of Art & Project, donates over two hundred works of art to the Kröller-Müller Museum. The works in this presentation are from this donation, supplemented by two works from the collection of the Kröller-Müller Museum.