mata hari – the myth and the maiden

On 14 October 2017, a hundred years after her death, the largest ever Mata Hari exhibition will open at the Fries Museum. With personal belongings, photographs, scrapbooks, letters and military dossiers, you become acquainted with Margaretha Zelle, the girl behind the exotic dancer and alleged spy Mata Hari.

The exhibition includes a beautiful, monumental portrait of Mata Hari, painted by Isaac Israels in 1916. The portrait is owned by the Kröller-Müller Museum and recently underwent conservation work, whereby the original colours and the sketchy painting style of Israels can again be admired in all their glory. The painting also received a new frame, based on the presumably original gilded frame that can be seen in photographs of the painting from the time of Helene Kröller-Müller.
The conservation work was co-financed by the Helene Kröller-Müller Fund and the Fries Museum.
More infomation about the painting 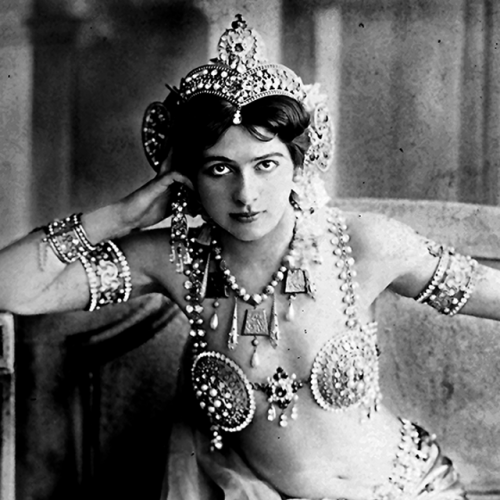 Go to the Fries Museum for more info about mata hari. the myth and the maiden.